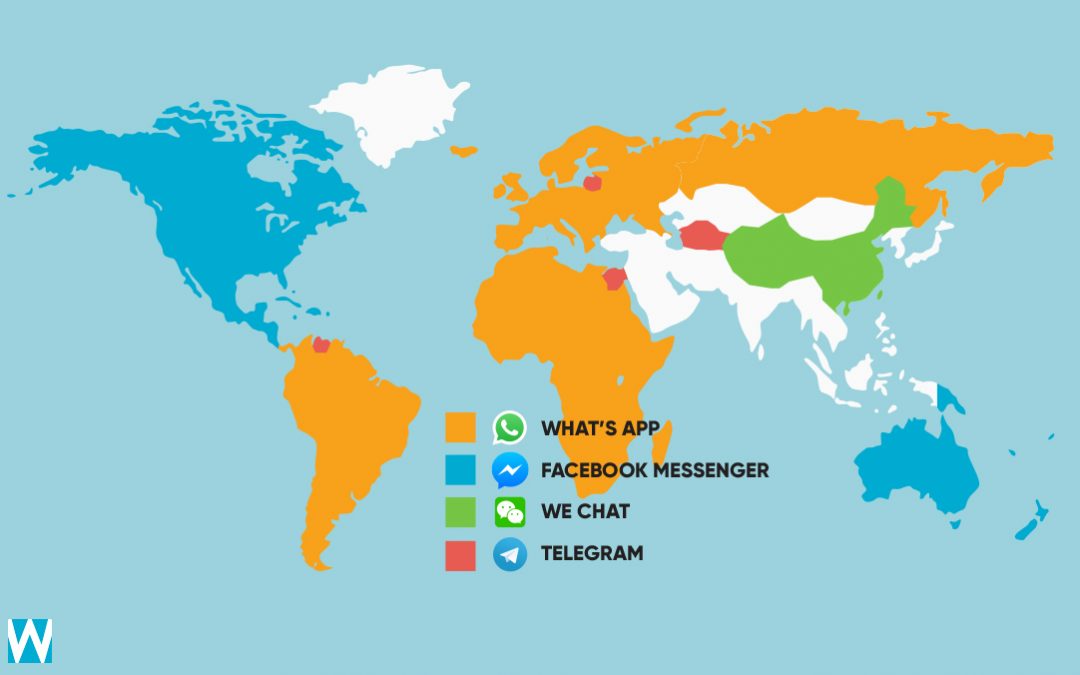 Everything is becoming more and more digital and mobile, everything has to be faster and faster. The latest developments in mobile and messaging apps are moving faster than ever, and there is more choice than ever before. With over 3 billion monthly mobile messaging users you cannot go without these days. And still there are more users every single day.

WhatsApp and Messenger, both owned by Facebook dominate the Western world, while WeChat, LINE, and KakaoTalk are the major players in China, Japan, and South Korea. User growth in apps like Signal and Telegram rose earlier this year following WhatsApp’s announcement of new privacy terms. However, this growth has since stabilized, except in Russia where Telegram continues to grow. 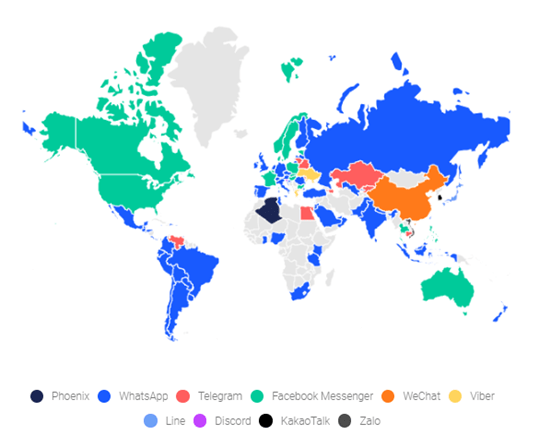 In what country do they use what platform?

Telegram: was the only other messaging app to win three or more countries, showing strong popularity in 11 places overall including Armenia, Egypt, Lithuania, and Venezuela.

Viber: has a strong presence in Europe, winning both Greece and Ukraine. And Line is maintaining popularity in Asia, with the highest performance in Japan and Taiwan.

The fragmentation in the use of messaging apps makes it increasingly difficult for companies to implement which platform, especially companies that are active in multiple countries. In one country WhatsApp can predominate, but in another country it can just be Telegram. 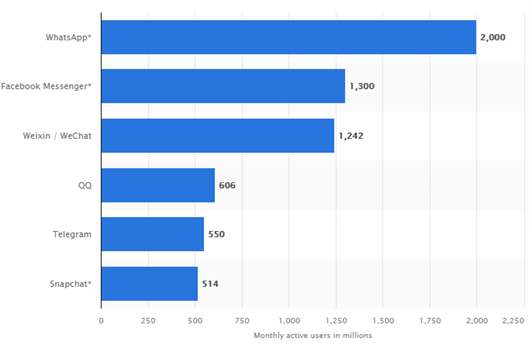 WeSquare is able to add both the Direct Messenger as well as the live chat feature to your Oracle Service Cloud!

“The messenger integration add-in is highly recommended to organizations that want to exceed their customers’ expectations by offering them a more mature, private customer experience (cx).“

Call us at +31 853 012 993, or click here to visit our website. We are looking forward at the opportunity to create just the perfect situation for you. Together we can make your (online) business a success!

This website uses cookies to improve your experience while you navigate through the website. Out of these cookies, the cookies that are categorized as necessary are stored on your browser as they are essential for the working of basic functionalities of the website. We also use third-party cookies that help us analyze and understand how you use this website. These cookies will be stored in your browser only with your consent. You also have the option to opt-out of these cookies. But opting out of some of these cookies may have an effect on your browsing experience.
Necessary Always Enabled
Necessary cookies are absolutely essential for the website to function properly. This category only includes cookies that ensures basic functionalities and security features of the website. These cookies do not store any personal information.
Non-necessary
Any cookies that may not be particularly necessary for the website to function and is used specifically to collect user personal data via analytics, ads, other embedded contents are termed as non-necessary cookies. It is mandatory to procure user consent prior to running these cookies on your website.
SAVE & ACCEPT